In the Package Editor, click on the Details tab. You should fill in as many details as you can on this page. 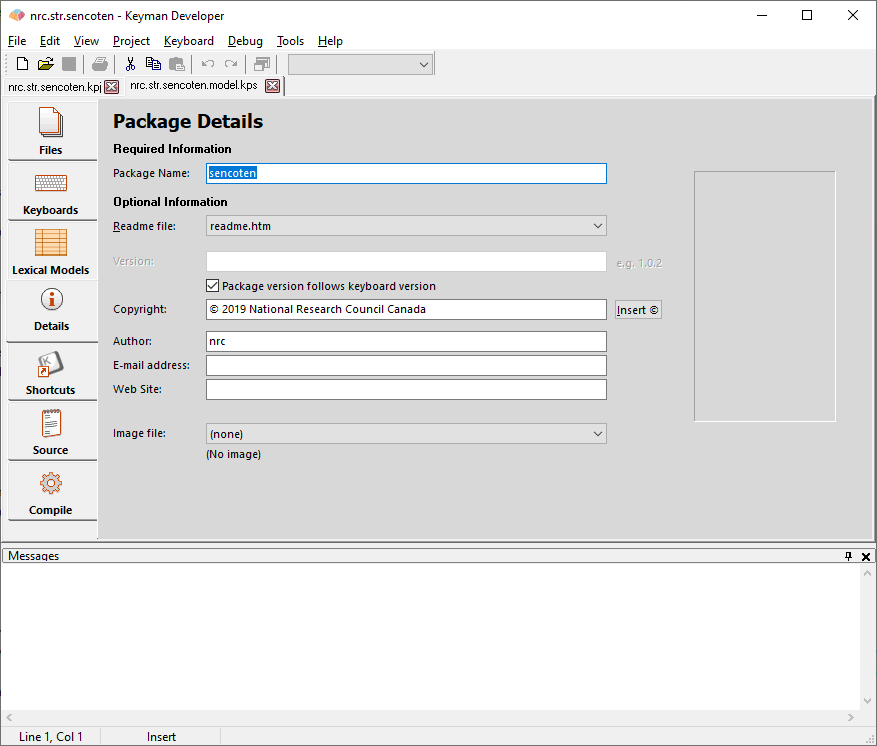 Update the version (intial version can default to 1.0). A version number for the model and package is important - it helps your users know that they are using the most recent update of your package. The version format you should use is 1.0.

When making a major change to your lexical model package, increment the first part and set the second part to 0, e.g. from 1.0 to 2.0.

Version numbers should be in the form major.minor[.subversion]. Subversion is optional but is helpful for small bug fix releases. Each of the sections of the version should be an integer. Keyman does integer comparisons on the version numbers, so, for example, version 2.01 is regarded as older than version 2.2. Alphabetic or date formats should be avoided as the installer for the model cannot determine which version is older reliably.

Enter copyright details for your lexical model package. Keep this reasonably short or it won't be clear for end users.

Enter your name or the name of your company.

Enter a contact email address where package users can contact you. If you don't want to be contacted via email, leave this field empty

Enter the name of the website where you will have information about this lexical model.